The Ministry of Defence is responsible for providing advice to help Government make well-informed decisions about the Defence of New Zealand and its interests, purchasing major Defence equipment to meet the New Zealand Defence Force's capability needs, and assessing the Defence Force's functions, duties and projects, and how we deliver capability.

Highlights from our reports 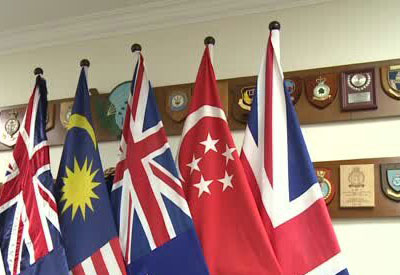 The Five Power Defence Arrangements (FPDA) agreement was established in 1971 after concerns about security arrangements in South-East Asia. The agreement involves New Zealand, Australia, Singapore, Malaysia and the United Kingdom, and provides defence cooperation between these countries. The members consult with each other in the event or threat of an armed attack on Malaysia or Singapore, to decide what measures should be taken jointly or separately in response. Joint exercise programmes are held and, because of the changing security environment, these have expanded to exercises on combating non-traditional threats such as maritime terrorism, piracy and people smuggling. Ministry of Defence staff have been seconded to an operational mission in the recent past. In 2008, a Senior Policy Analyst (Francis van der Krogt) spent several months seconded to the Joint Intelligence Group of the Regional Assistance Mission to Solomon Islands (RAMSI) based in the Mission Headquarters near the capital, Honiara. Between 2011 and 2013, Wayne Higgins (Director, Evaluation Division) was seconded to the Ministry of Foreign Affairs and Trade (MFAT) as the Deputy Special Coordinator to RAMSI, in a period that oversaw the drawdown of RAMSI’s military contingent and its transition to a police-only mission. Photo shows from left: Francis van der Krogt, John McKinnon (Secretary of Defence at the time) and Wayne Higgins at the RAMSI base in 2008.